Here’s a surprise! A name from the past and the early 2000s heyday of Francis Macdonald’s Shoeshine and Spit & Polish labels. Now Boa Morte – for it is they – have joined Gare du Nord Records who announce the release of Before There Was Air next month.

Only the band’s third album in two decades, but that perhaps reflects the stately pace of their music. Before There Was Air sees Boa Morte infuse their brand of slow-burning, alternative folk with elements of electronic, ambient and new-classical music.

The record was recorded last year at Herbert Place Studios, with James Darkin at the desk. To fully capture the subtleties of the band’s quiet dynamic, Darkin installed them in the same room with the mics opened wide. The basic tracks were then layered with analogue synths, drones, piano, wind, strings and effects. 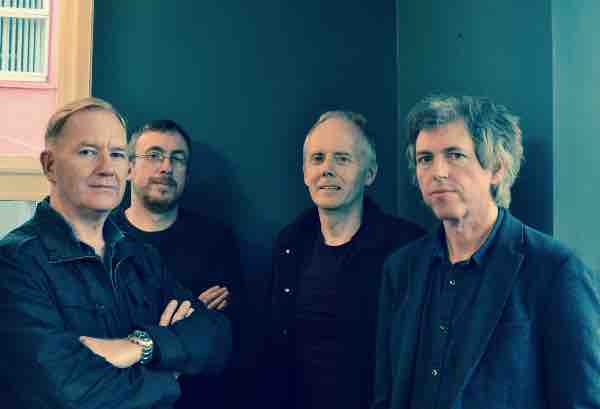 Boa Morte formed in Cork, Ireland in 1998, rising from the dust of a couple of ragged but respected indie bands. By the end of that year, the band released their debut EP Passenger, Measure Your Time produced by Mark Carolan. This led to their signing to US label Moodfood Records, then home to Whiskeytown.

A debut album was produced by Daniel Presley who’d previously worked with Spain and The Breeders. But just before the scheduled release date, Moodfood went bankrupt. It took until 2002 to recover the tapes and allow Shoeshine Records, the Glasgow imprint run by Teenage Fanclub drummer Francis Macdonald, to release the album. Soon It Will Come Time To Face The World Outside received widespread critical acclaim and the band toured throughout Ireland and the UK with the likes of Fanclub, Howe Gelb and Calexico.

2009 saw a second album The Dial Waltz following a similar aesthetic and was equally well-received, but then followed a decade of silence, until now and the arrival of Before There Was Air. They’ve plainly been mulling and listening well as it’s a collection drawing on broad musical influences to enhance their singular, tuneful avant-folk, while remaining distinctly Boa Morte.

Listen to ‘Deep Is / Deeper’

One thought on “Boa Morte return after a decade; new album Before There Was Air from Gare du Nord Records”