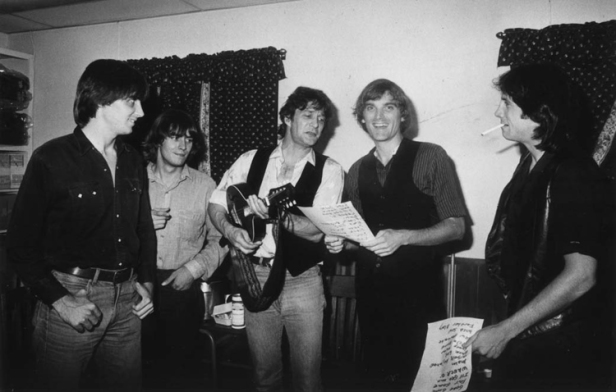 From our friends at The Betsey Trotwood

This is a special edition of our regular Tri-level fest of Alt.country, Cosmic Americana and Bluegrass with a featured performance celebrating the music of Byrds frontman GENE CLARK by
** SID GRIFFIN BACKED BY THE DREAMING SPIRES **

Support comes from Betsey favourites TREVOR MOSS & HANNAH LOU and GABRIEL MINNIKIN & THE FAST COUNTRY …
Guest DJ NICK WEST will be on the decks delivering a Gene Clark inspired set and more in the main bar ’til 1.00am.

SID GRIFFIN
Musician, author, broadcaster and acclaimed Gene Clark expert and fan! … Having penned the sleeve notes to the fantastic Flying High ‘Gene Clark best of’ compilation who better than Sid to front a set covers in celebration of the man’s music. This is a rare departure away from his regular group THE COAL PORTERS with whom Sid tours Britain, Europe, The World and elsewhere on a regular basis. In between these commitments you might also catch him as regular Guest Musicologist on the Radcliffe and Maconie radio show.

THE DREAMING SPIRES
Betsey Trotwood regulars following their fantastic recent run of COVERED IN GLORY nights The Dreaming Spires head back down from their native Oxford (where they they’ve been running TRUCK FESTIVAL for the past 13 years) for another night of superb music. Formerly members of GOLDRUSH  and DANNY & THE CHAMPIONS OF THE WORLD they cite THE BYRDS as a major influence and create a music that fuses the warmth and energy of west-coast America with the spirit of their own home town.

GABRIEL MINNIKIN & THE FAST COUNTRY
Born and raised in Nova Scotia (Canada), Gabriel is a singer, multi-instrumentalist, songwriter and was a member of the Canadian country rock band The Guthries in the late 1990s and early 2000s. His voice is unbelievable, ranging from the gravely depths of a bass to the richer timbre of a baritone. He has toured extensively as a soloist sharing stages with great artists including CALEXICO, THE HANDSOME FAMILY and THE EARLIES, to name but a few. Tonight he plays with new band but featuring old foil Chris Hillman on Pedal Steel Guitar.

DJ NICK WEST – Bucketfull Of Brains’ man about town spinning a Gene Clark inspired set and more til 1.00am ish.