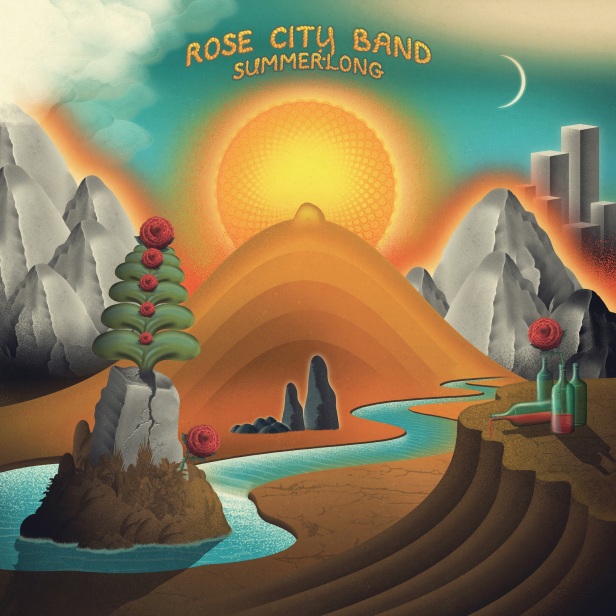 Rose City Band announce a new album Summerlong on Thrill Jockey. The follow-up to the eponymous debut collection that found so much favour last year is released in May 15th. The project of Wooden Shjips‘ Ripley Johnson, Summerlong draws back the veil of psychedelia he’s known for with his songwriting and beautiful guitar lines taking centre stage. While his vocal treatment would be recognisable to any Wooden Shjips fan, the sparseness of the instrumentation lays bare the beauty of his writing. The aptly named Summerlong, born of Johnson’s own fondness for the season, delivers an emotional lift—an expression akin to the joy of getting out there on a warm day, be it gathering for a BBQ, hopping onto a bike, leaping into a swimming hole, or simply reading in a park.

Rose City Band started purely as a recording project, with Johnson’s role initially obscured. Released with no promotion, in the style of private press records, it was a liberating act, a focus on music without any expectations. Explaining it with a chuckle, Johnson elaborates, “I always would threaten to my friends that I’m gonna start a country rock band so I can retire and just play down at the pub every Thursday night during happy hour. I love being able to tour and travel, but I also like the idea of having a local band … more of a social music experience.”

Work on the album began at Johnson’s home studio in Portland during the summer, but, interrupted by touring, it would not be finished until the winter season. The dark isolation of winter and the pining for summer’s easier days can be felt in the album’s few quieter moments. Summerlong was mixed by John McEntire (Stereolab, Broken Social Scene, Tortoise) at his newly minted Portland Soma Studios and mastered by Amy Dragon at Telegraph Mastering, also based in Portland.