Skip to content
Date: May 8, 2020Author: Bucketfull Of Brains 0 Comments 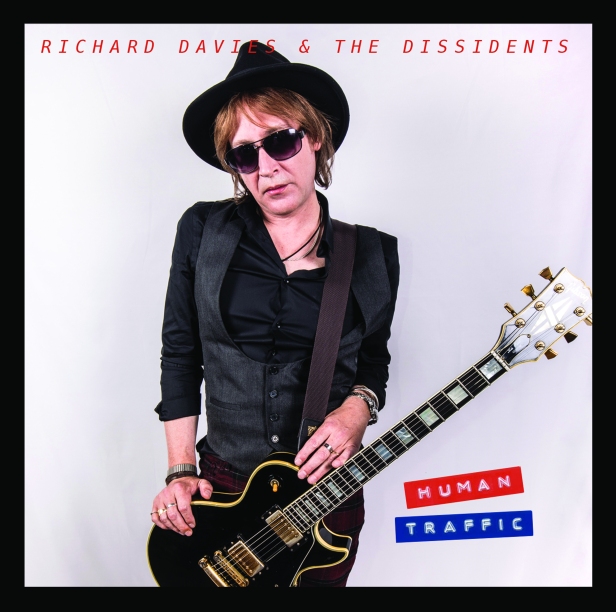 Coming soon a new release from Bucketfull Of Brains Records: Human Traffic from Richard Davies & The Dissidents. After years as a collaborator, gun for hire, and band member – most notably with London bands The Snakes and Tiny Monroe – guitarist Richard returns front and centre on this cracking new collection.

It’s the first album to feature Richard as lead vocalist and principal songwriter, recorded during 2019 in Wiltshire Human Traffic features appearances from old friends including Tim Emery (Case Hardin, Last Great Dreamers) on bass guitar and Chris Cannon (Mega City Four, The Snakes) on drums. Completing the line-up and co-producing, along with Richard and Tim, is Nick Beere – long a studio Snake but recently spotted on stage with them – on an array of instruments, and the ensemble now also includes Neil Scully, another former Case Hardin man, on keyboards.

With a wealth of combined experience, Richard and the band gel perfectly on a set of confident songs evoking at times the anthemic, emotive and street-savvy blue-collar rock’n’roll of such classic albums as Darkness On The Edge of Town and Yo Frankie. The first video, ‘Lay Me Low’ finds the band working around a new arrangement of an old Shaker hymn, first written down in 1838. ‘Heartbeat Smile’, is a cover of a song by Alejandro Escovedo, while ‘Under The Skin’ is recalled from the Tiny Monroe days.

“Recording this album was something that I’d always wanted to do but never really got round to doing until now,” Richard explains. “Some of the songs are about me, some of them are about other people, but they all capture reality as I see it. I wanted to record an album that was about real life and with all the highs and lows that go with it”.

Richard began his career playing guitar for indie band Tiny Monroe in the 90s, recording several singles, an EP and an album for London Records, touring with The Pretenders, Radiohead and Suede and appearing at the Glastonbury, Reading and T in the Park festivals along the way. Following this, Richard recorded three albums with The Snakes – Songs From The Satellites, Sometime Soon and The Last Days of Rock‘n’Roll – as the band became major players on the UK Americana scene, picking up mainstream national airplay from the likes of Bob Harris and Mark Lamarr.

A single ‘21st Century Man’ will be released later in May and the album follows on 12th June.