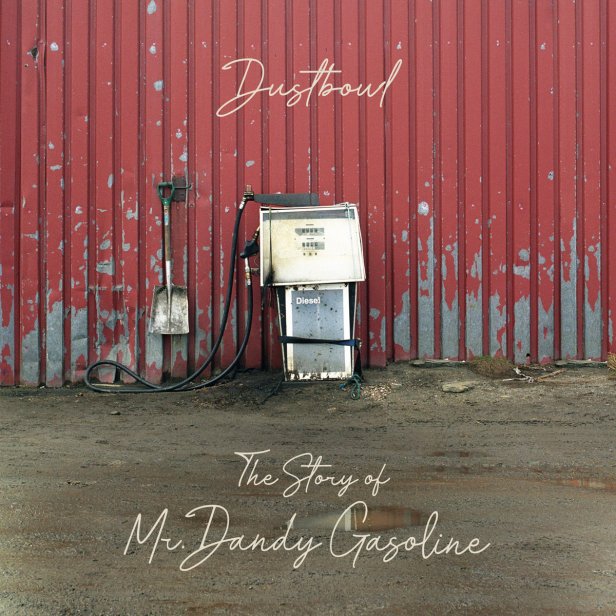 Way back in 2010 (and BoB#75) Jeremy Gluck introduced us to the Athens band Dustbowl. They’d just released their third album Goin’ Down and Jeremy, along with Phil Shoenfelt and Alex K. had guested on it; lead singer DD Dynamite had been a pal of Nikki Sudden and used to maintain his website. At that point there was a markedly gothic Americana vibe about them; an emphasis on the pedal steel sound of John Hardy, and the guitar of Nick Fysakis, with the shade of Rowland S. Howard hovering nearabouts.

DD is now gone, replaced by Panos Birbas; there’s a new drummer in Dionissis Stefanopoulos; and they’ve added an extra guitar-player in Mike Dremetsikas. Along with these changes has come a fascinating shift of emphasis; first evident on 2016’s The Great Fandango but even more so now on The Story Of Mr. Dandy Gasoline. The high lonesome sound is mostly subdued; now subtler varieties of both darkness and light are on offer as they execute a change of course and approach the psychedelic.

The title carries the suggestion of one of those slightly surreal, loosely themed, psych-pop collections of the late 60s emerging in the wake of S.F.Sorrow but whether the songs relate narratively is neither here nor there, what’s to the point important is they do so musically. Thus if lyrically it remains a mite esoteric; with a charming opaqueness, no doubt partly a consequence of writing in a second language; musically it works a treat. 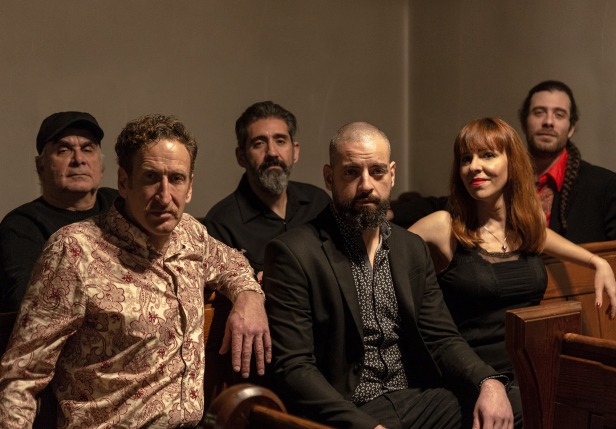 A definite baroque mood haunts, along with an unmistakable Paisley Underground sensibility. The guitars and pedal steel are invariably given their heads, and the latter stands in, at times, for a string section; keyboards only feature, always tellingly, on three tracks; while the impressive backing vocals, provided and arranged by Jenny Kapadai, might well be the collection’s secret weapon.

Keening strings and the piano of Alessandro Castagneri unveil ‘The Season’, extending in no hurry, across seven minutes, with Kapadai’s lovely shadowing of Birbas’ vocals, and guitar exchanges which will gradually blossom to full flower. Then come the livelier ‘Lovely Desecration’, redolent of Let It Bleed-era Stones, and the haunting, mysterious, and richly-textured title track featuring the familiar, guesting voice of Chris Cacavas.

‘Strange Commotion’ might be early Dream Syndicate playing country-rock a la Rockingbirds, while ‘Kicks & Thrills’ is appropriately upbeat. ‘Pull Me Out (Of The Air Crash)’ to which Cacavas adds synthesizer and keyboards hints of spooky and discombobulated atmospheres, before the closing ‘Say You Will’ plays out over eight minutes beginning with solo cocktail-bar piano and climaxing with Dead-like guitar.

It’s certainly an addictive record; my reaction reminds me of that I had to Richard Warren’s Laments what seems like a lifetime ago; and there remain barely framed questions, like why does it invoke thoughts of Procol Harum and J.G.Ballard. Still sometimes that’s exactly what you need from records, though it’s enough to be a fan of the Paisley Underground, the country Stones, or even GospelbeacH and their cohort to be taking a close interest in Dustbowl.

The Story Of Mr Dandy Gasoline is released on Mother Earth’s Music, and you can buy it here.