It’s been a rich couple of years for fans of The Action, Mighty Baby, and their extraordinarily innovative, intensely maverick, guitarist Martin Stone. Grapefruit Records’ complete recording box-sets – Shadows And Reflections (The Action) and At A Point Between Fate And Destiny (Mighty Baby) – bring easy and inexpensive access to the two bands’ whole catalogues, while Shagrat Records have recently provided an outlet for the remaining stock of Martin’s mid-90s collaboration with Laurence Barma Les Homewreckers.

Now Shagrat have teamed up with High On The Pygtrack and Projectile to offer a bespoke and unique artefact of an altogether different order, gathering a host of Martin’s later, predominantly undiscovered, recordings in a four-CD set. Beautifully illustrated by John Hurford and designed by Tony Poole, who also mastered it all, the package includes a hardback book packed with photographs, testimonials, and remembrances from many friends and contemporaries; Roger Powell, Carol Grimes, Russell Hunter, and Michael Moorcock, to name but a few.

Four years on from his passing Martin Stone remains enigmatic; this fluid, questing, original player drifting through the blues boom, psychedelia, country rock, briefly gracing The Pink Fairies and The 101’ers, and the Rolling Stone who never was; it remains fascinating to ponder where that band might have gone had Martin rather than Ronnie signed-up post-Mick Taylor. 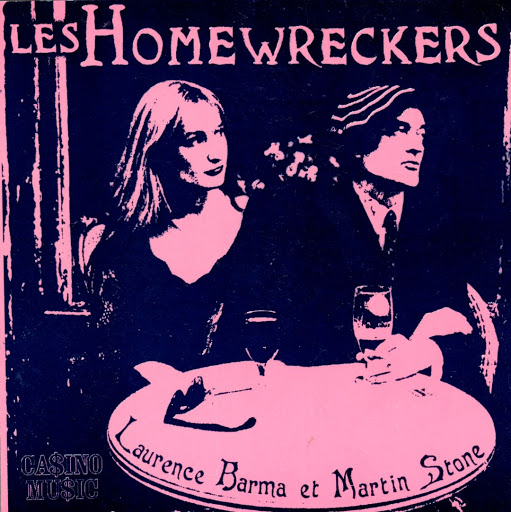 Following the demise of pub rock/country pioneers (and Zigzag heroes) Chilli Willi & The Red Hot Peppers, and a dalliance with Stiff, he disappeared into the book trade, building a formidable reputation as a shadowy runner moving back and forth between the continent and London. He would turn up in the novels of Iain Sinclair as Nicholas Lane, and in the short TV film The Cardinal And The Corpse, but remained on the cusp of rumour, as a doppelgänger of the crime novelist Derek Raymond, and collaborator of the similarly invisible Wreckless Eric.

The first two CDs focus on the early 1990s when he could mainly be found in Paris. Almost Presley partnered him with American-exile René Miller in a busking/bar band also featuring an exuberant Eastern European fiddler named Piotr and a double bass master in Fabrice Lombardo. They played blues standards and bluegrass breakdowns; you can just imagine hearing them from a couple of streets away, rounding a corner into a small Parisian square, and finding this bunch of freaks falling over each other as they race through ‘House Of The Rising Sun’, ‘Orange Blossom Special’, or even Jeffrey Lee Pierce’s ‘Black Train’.

The wonderfully monikered Tallahassee Rent Boys involved Wreckless Eric, Fabrice Lombardo again, and drummer Denis Baudrillart; a trio of tracks recovered from cassette include Donovan’s ‘Hey Gyp’, and ‘Heading For A Fall’. Totally Hank, with Stephen Munson of Living In Texas, dealt in wild and warped country; attempts on ‘Transfusion’ and ‘Monster Mash’ providing a fair account. Then a quartet of songs cut at Pete Thomas’ studio in West London suggest a dry run for Les Homewreckers.

Disc 3 enters the new century, introducing new and younger collaborators, notably Matt Deighton of Mother Earth. ‘A Blaze Of Light’ – which does sound very Mighty Baby – is one of his songs on which Martin overdubs Telecaster, while ‘ A Jug Of Love’ is revisited in a live duo version, with Martin on lap steel, from Denmark Street’s much-missed 12 Bar Club. ‘India’ comes from the Mighty Baby reunion show at the Borderline from September 2006. Finally there’s a tantalising recording with the Wolf People from 2012 where he brings slide guitar to a session at their Caledonian Road rehearsal space; ‘Star Shell’ sounds quite something when you consider it was recorded on an iPhone.

The final disc kind of brings it all back home. Surrounding more Parisian recordings, with Stephane Guichard on his solo project Stéphane Eden – including a version of Alain Bashung’s ‘Madame Rêve’ – and Les Soucoupes Violentes, are tracks from The OTs and Clay Harper. The Old Tossers, to give their full name, were originally a Sunday night blues band playing Dingwalls at the dawn of the 80s, also featuring Chris Youlden – another Savoy Brown alumni – Paul Riley from Chilli Willi, along with Malcolm Mills, later of Proper Records, and Will Stallibrass. Meeting again in 2011 they cut the three songs here.

It was Clay Harper’s Casino Records released Les Homewreckers in 1996, and around the same time Clay with his Pierced Hearts – including Eric Goulden on guitar – would come up with the affectionate tribute ‘Martin’. It’s the one song on the collection he’s not on but all over and it’s rightly (almost) the last word.

The package comes totally recommended – take a look at John Hurford unpacking it if you’re in any doubt – though you should certainly also own that Mighty Baby set – and don’t waste time as, while there’s an early bird price, this is a limited edition and it won’t last long.