Docking alongside the Mothership Frond, with its insignia emblazoned with the legend ‘We’re Your Friends, Man’, you can hear a smattering of Hendrixonian guitar wafting through the cavernous recess of this vessel. You can hear a Love-like strum, a melancholy verse/chorus; you can hear proper songs with uplifting guitar salvos releasing the pressure on the thinking man’s pontifications on growing old, putting things in order and the sense of wonder of how we all got here… so much vinyl, so little time.

This is The Bevis Frond’s umpteenth mission, like Dark Star troopers they know the drill and in epic soundtrack proportions they clock in with just under ninety minutes of grown up angst, a semi-autobiographical romp from the director who has an eye for this; nothing short of a genius auteur. 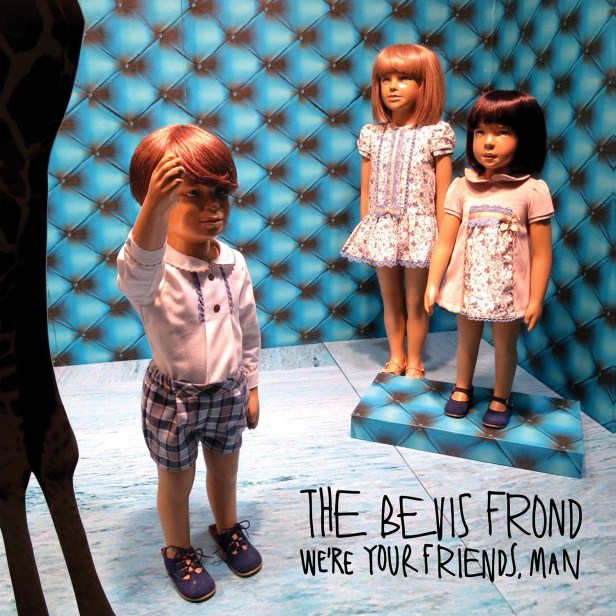 To the point, on the money; it’s dramatic, plucking at the heart strings, spilling one liners, milking the past and crafting something completely new.

Every song that the Frond’s front man Nick Saloman writes has the effect of little orchestras tuning up in your head, sketching the scene and filling in the blanks – a feat explained in the cunningly titled ‘Little Orchestras’, no less. And there’s more personal realisations on offer for sure – ‘Growing’, ‘A Hard Way To Learn’ and ’Young Man’s Game’ make for a strident midfield in this twenty-track squad.

But doesn’t every Bevis Frond album do that? Sure… The man writes great songs, he knows his way around a verse and chorus as well as he knows the best route around a guitar, he also has his tongue firmly in his cheek throughout.

So, as the closing epic, the thirteen minute ‘You’re On Your Own’ traces Nick Saloman’s drive over the Westway, between passing Galaxies, and our worlds begin to gain distance, while twin guitars spiral like Stills and Young on a Four Way Street jam, some graffiti comes into view – “Bevis Is God” it proclaims. Move over Eric.