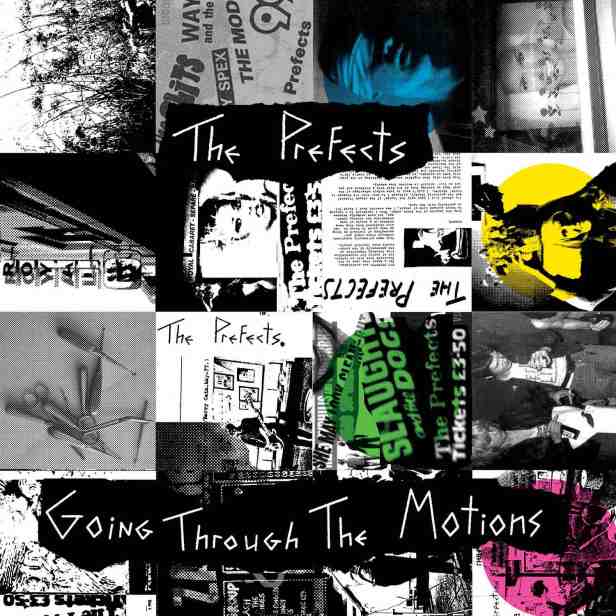 I first took notice of The Prefects at the Rainbow in May 1977; the first band on when the White Riot tour hit London. By the time I caught up with the tour again, in Bristol  later in the month, they (and The Jam) were gone. I can’t recall where I saw them after that, but I surely heard a few Peel sessions and vividly recall being struck by ‘The Bristol Road Leads To Dachau’ from one. The next time I definitely saw Robert Lloyd on a stage – Trinity Hall in Bristol – he was leading The Nightingales and they were opening for Kevin Coyne.

For the rest of the 70s they gigged but didn’t put out any records until after they’d finally broken up in mid-1979. Lloyd liked punk’s energy – or at least The Ramones – but “. . . simply realised I enjoyed Faust and Beefheart more.” Now rather suddenly comes  Going Through The Motions which is the first full-length vinyl gathering of their studio recordings.  Listening to these tracks it’s clear they were outliers closest in spirit to The Mekons and Alternative TV. 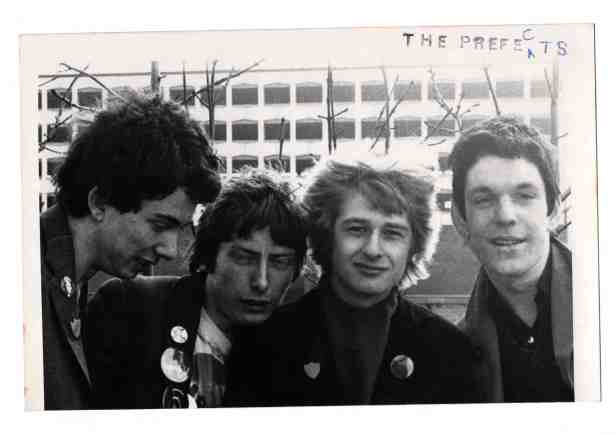 There are eleven tracks here including ‘The Bristol Road…’, and while some of it is surely of its time the collection’s title track can’t help but be seen as a wry commentary on a lot of what was going on under the banner of punk. Versions of The Modern Lovers’ ‘She Cracked’ and their own ‘625 Lines’ were recorded live by Virgin on the final two nights of Manchester’s Electric Circus for a compilation including The Fall, The Buzzcocks, Joy Division and others. The Prefects though nixed release of their material, preferring their first release to be a discreet studio recording.

There’s also ‘White Riot Tour’. During said tour, members of Subway Sect, The Slits and The Prefects combined on a live encore loosely based on The Velvets’ ‘Sister Ray’. Incredibly difficult to listen to, the song was bootlegged widely before eventually appearing on The Slits’ 1980 album of early demos in a 5’20” version called “No More Rock And Roll For You”. Twenty years later, Vic Godard of Subway Sect edited a minute from the recording and released it on his Twenty Odd Years compilation. Two decades later, The Prefects have edited more than a minute from it and retitled it. In another twenty years, it is hoped that the prolonged rite of ritual shortening of this song will leave no trace of it at all. For the record, it’s Robert Lloyd going “wooo-ooo” in the background, in what he says was an attempt to mimic the organ part from Sister Ray, which, listeners may note, is no longer being played.

Going Through The Motions will be available on vinyl via new label Call Of The Void on 29th November 2019. Pre-order here