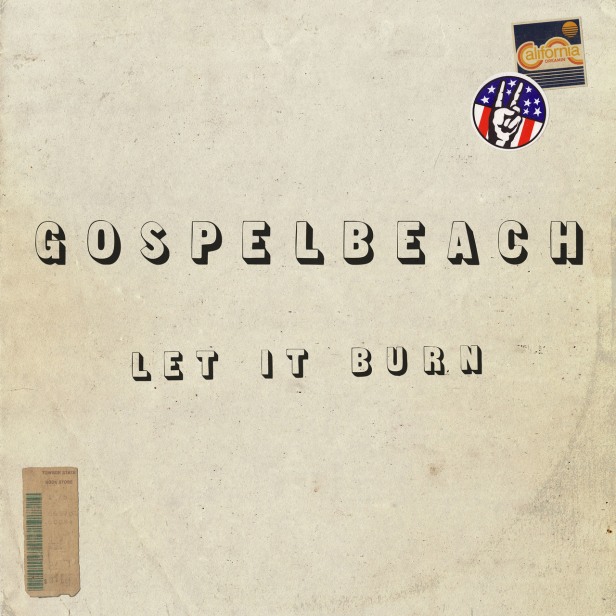 It’s now four years since this floating ensemble of California residents announced themselves with the release of Pacific Surf Line. With time served in Beachwood Sparks, Further, The Tyde, and Everest, they came with formidable pedigree, and were only bolstered by the presence of road-warriors Neal Casal and Nelson Bragg. The album opener, and initial calling-card was ‘California Steamer’; a perfectly-formed slice of cosmic American music presenting as an instant classic, an infectious train song inevitably invoking Gram and Emmylou’s ‘Luxury Liner’. This was liminal music straddling the borders of psychedelia and country, and it was utterly engaging.

GospelbeacH had initially coalesced around Brent Rademaker and Tom Sanford, and along with Casal and Bragg that first album also involved Kip Boardman and Jason Soda. The line-up however would be fluid across the next pair of albums with Rademaker remaining the driving force and solid centre. 2017’s Another Summer Of Love consolidated their reputation while subtly recalibrating their sound, moving it a few notches away from the country and closer to such mid-70s luminaries as Tom Petty and Fleetwood Mac. Two new names appeared; Trevor Beld Jimenez as co-writer and Jonny Niemann on keyboards; and both would remain.

The following year came Another Winter Alive, and while it’s a compilation of odds and sods it’s also a remarkably integrated album. A mix of out-takes and live tracks (from an evening at London’s Betsey Trotwood) including a mighty reading of Casal’s ‘Freeway To The Canyon’ and live favourite ‘Out Of My Mind (On Cope & Reed)’. The latter’s title just one in a stream of knowing references taking in both ‘Mick Jones’, and ‘In The Desert’s clear echoes of The Jam. 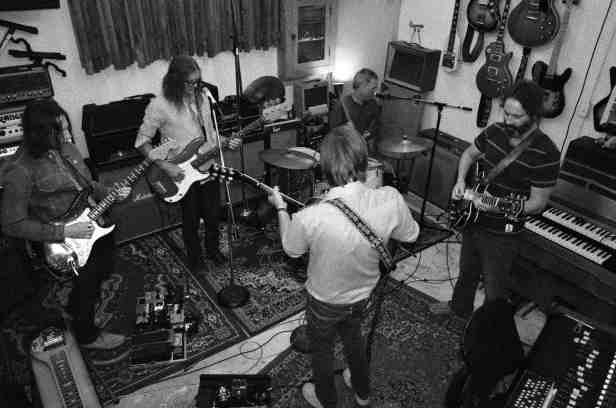 It’s perhaps not too much of a stretch to suggest a correspondence to contemporaries such as One Eleven Heavy who play from the heart and transmute the folk tradition to rock’n’roll in a process proven to work well. And that brings us to Let It Burn which surely does work spectacularly well.

This is decidedly GospelbeacH’s best album thus far, gathering all the elements they’ve been fusing over the last few years and unifying them. A rock album performed by a band imbued with the disarming looseness of classic Faces leavened with the melancholic aspects of the Stones. Essentially here a five-piece; comprising Rademaker and Niemann, Jimenez on drums, Ben Reddell, formerly of Leslie Stevens’ Squirrels on bass, and Neal Casal on lead guitar; augmented again by Bragg on backing and harmony vocals, and other guests as required.

The cover is reminiscent of 70s bootlegs, and perhaps Free Live! Open the gatefold and you’re struck immediately and shockingly by Neal Casal in sepia, with guitar in hand and lidded eyes. Casal’s death in late summer casts a shadow over Let It Burn which has to be assimilated as it can’t be gainsaid. Another layer of sadness thus added to what was already a haunting break-up album; that the art ultimately comforts those losses speaks to its power even as it can’t undo them. 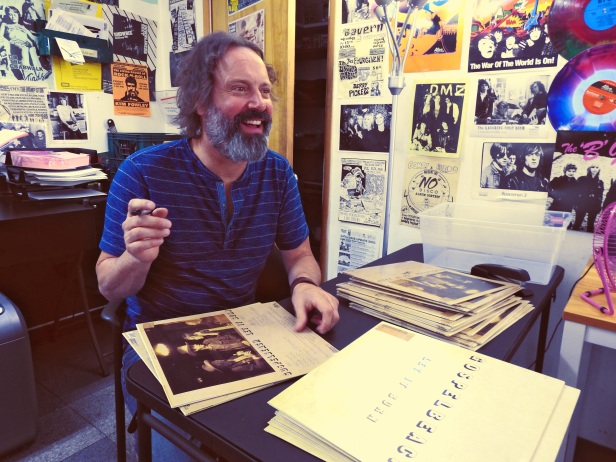 The opener ‘Bad Habits’ sets the scene and the bar high. The band have the pleasing confidence to allow songs to take their time to unfold; here a sweet intro flowers into a rich, layered sound. The Mellotron has play and the guitar only gradually imposes itself; in a marvellous passage the strings surge, predominate, and then suddenly that axe has its head and builds to a coda you never quite anticipate.

It’s one of a number of big songs, along with ‘Get It Back’, ‘Fighter’, and the title track, forming the album’s spine, though there’s not a cut here that doesn’t earn its place. The subtle differences of tone and influence ensuring continued attention. ‘Dark Angel’ is Petty-esque, while ‘I’m So High’ more of a rocker with the quite arresting lyric – “I feel like Winston Churchill in the summer of ‘45”. Then ‘Baby (It’s All Your Fault)’ shimmers with Joe Bourdet’s slide, and cogent piano, every inch of it really not the blame song the title might suggest.

‘Get It Back’ brings more mellotron, and lonely, beautiful guitar; “where had his dreams all gone, he turned around and they’d faded” says it all; and though more upbeat in sentiment the languid ‘Fighter’ wanders in much the same territory. By contrast ‘Unswung’ is a near-jaunty piano singalong while ‘Good Kid’ provides some ‘Tangled Up In Blue’ type backstory and finds Miranda Lee Richards on lovely backing vocals. An early Wilco vibe inhabits ‘Nothing Ever Changes’, and there’s even a hint of glam to ‘Hoarder’.

The penultimate, title-cut sees the guitar roaming free one last time. Events have made that sad guitar a focal point of the album but wider perspectives inevitably come into play; very quickly Let It Burn engages the listener with the deep emotions it springs from, and once hooked there’s no going back. Simply a stunning, integrated collection which grows in stature from play to play, and well-set to be recognised as a classic.

Let It Burn is available now on Alive Natural Sound

2 thoughts on “GospelbeacH’s Let It Burn: a dark masterpiece”