Keith Jones’ Fruits de Mer Records has had yet another impressive year, and as autumn days draw in the label released another tranche of releases on Saturday November 2nd. A significant date as it coinciding with their all-dayer run in conjunction with Mega Dodo at The Thunderbolt in Bristol. The three releases cover FdM’s spectrum pretty well, and as usual will be snapped up quickly by the label’s many devotees.

Sunny Spells is a 7” EP marking a continuation and extension of last year’s The Three Seasons. That triple vinyl collection featured covers and re-workings of 1966 to 1968 vintage; next year it’ll reappear on CD with additions from 1969. This serves as a taster featuring Us And Them, Hanford Flyover, and Schizo Fun Addict with, respectively, versions of Neil Young, Neon Pearl, and Mamas And Papas’ songs, and a splendid unplugged take on ‘Rest In Peace’ from Chad & Jeremy revisiting the opener of their classic Of Cabbages And Kings album. It also has typically lovely John Hurford artwork. .

Then there’s a double EP from the prolific Crystal Jacqueline And The Honey Pot. Appropriately, as we’re around its fiftieth anniversary, it has a cover of King Crimson’s ‘I Talk To The Wind’ from In The Court Of The Crimson King along with Traffic’s ‘Mr Fantasy’ and Rare Bird’s ‘Sympathy’. There’s also a Dave Dee, Dozy, Beaky, Mick & Tich b-side ‘Sun Goes Down’, and ‘Dreams’ originally by Keith Jones-fave Tonton Macoute. 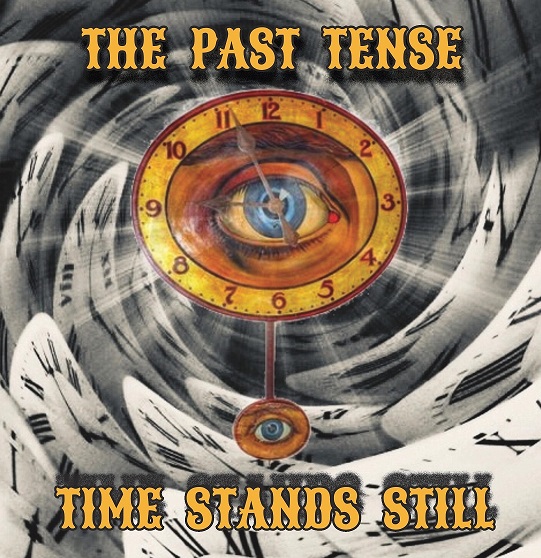 Last but not least there’s a multi-format release – CD and 7”- from The Past Tense. An impressive mod/garage live band who’ve been around Fruits de Mer gigs and compilations for a while now; there was an interesting collection of their original material What’s The Past Tense Of Pipe in a goodie bag at one of The Half Moon afternoons a few years back. Time Stands Still and Across The Pond…And Back Again see them upping the psych element and delivering a ripping set of diverse 60s covers from folks such as The Syn (‘Grounded’), No Entry (‘Behind The Moon’), and David Clayton-Thomas (Brainwashed’). Always room for another Love reading – ‘7 And & Is’ here – and equally so to be reminded of John Du Cann with The Attack’s ‘Magic In The Air’.

More info and ordering from Fruits de Mer. It does look like The Past Tense set sold out on pre-order so you’ll need to shop around for that.